Do People Who Believe They Are Elves Suffer from Schizotypal Disorder? 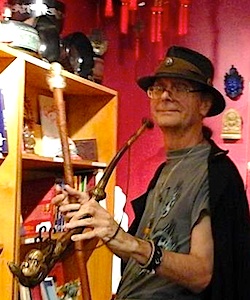 "Our ability to move through this world and function in it successfully
and with a peaceful soul, indicates that our belief in magic
does not mean we have such a disorder."

Certainly some therapists seem to think so about those who proclaim to be elves or otherkin, but really this is more of a social judgment about our failing to conform to traditional societal norms and values than it is an indication that those who believe they are elven or otherkin are schizotypal. Schizotypal Personality Disorder is a personality disorder that is seen as being related to schizophrenia and is sometimes called a schizophrenia spectrum disorder. It is generally thought that schizotypal behavior is characterized by a pattern of odd, eccentric feelings, actions, perceptions, and that the nature of this disorder significantly interferes with the person's ability to function in the world and relate to others.
Well, most elves do fulfill this description at least in part. And in fact, we quite often embrace most of it, since in our opinion the vast majority of individuals in society who are afraid to do anything that doesn’t conform to peer pressure are at least extremely neurotic. However, the key here is that having a Schizotypal Personality Disorder significantly interferes with one’s ability to function in the world. And in most cases, we elves get along with others, are happier and function much better than most of the perpetually angry, complaining, and disgruntled individuals that seem to compose much of the world’s population. Our ability to move through this world and function in it successfully with a peaceful soul, indicates that our belief in magic does not mean we have such a disorder.
This is not to say that there are no elves who suffer from this or other disorders. Surely, this is the case. Most of us were raised in an insane world where hoards of individuals insist on having more babies despite the population explosion, that pretend that global climate change is a myth, and that this or that god will beam them up at the last moment right before he (it’s almost always he, isn’t it?) launches the apocalypse. So if some elves are a bit crazy, we are pretty clear as to why this is so. This world tends to drive people insane. Just look around you.
Yet, surely not all of us are nuts, and those of us who aren’t, who are merely following our own unique path and creating our personal elven myths, are also seeking to help and heal those who are still suffering from the traumas of the world. We have not entirely succeeded as yet, but we are still trying, and will continue to do so in this and future lifetimes.

Also, we welcome you to come join us on Facebook under the name Michael J. Love (Zardoa of the SilverElves).

We invite you to visit our Author page on Amazon at https://www.amazon.com/The-Silver-Elves/e/B0070R8ER2/ref=sr_ntt_srch_lnk_3?qid=1490695829&sr=8-3
Also, come to our website and enjoy reading samples of all our 40+ books on magic and enchantment and the elven way at:
http://silverelves.angelfire.com/HAelfbooks.html

If you liked this article above, then you may also like our book Living the Personal Myth. It is a unique narrative about a psychological study of the magic of living one’s personal myth, in effect, making one’s dream and vision of one’s self come true by living it. It is a personal guide to becoming one’s true s’elf as one inwardly knows one’s s’elf to be. This book is a potent guide to realizing one’s genuine, and potentially powerful, magical and fantastic nature. 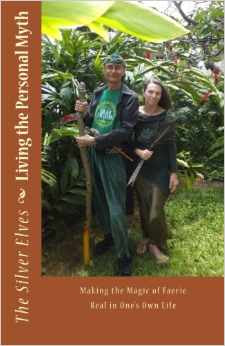 Living the Personal Myth:
Making the Magic of Faerie Real in One's Own Life
by The Silver Elves 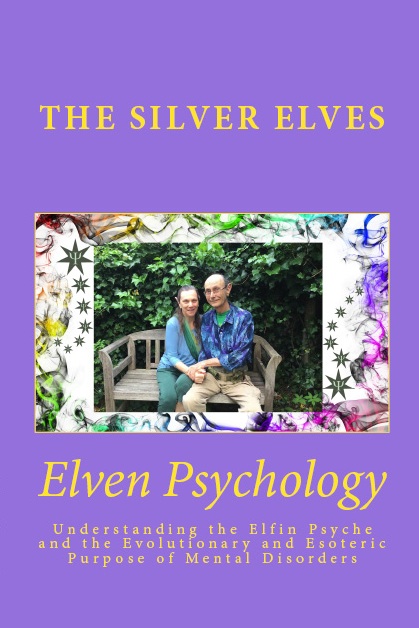 ELVEN PSYCHOLOGY is written from a unique elven perspective about the present day human condition, which includes an exploration of the psyché of both normal folk and elfae. We elves are elven by spirit, so our entrance into humanity is the addition of a new spiritual race, not a new physical race, and elves have been born in these modern times into all physical races, as well as most cultures and religions throughout the world. In fact, there are many who are following esoteric Ancient Wisdom Traditions, as well as some Tolkienists, who through the process of benevolent evolution, see ‘elf as the new normal’ or majority of humankind in the not so distant future. So, it is important to update many areas of academia that explore, express, and explain human life; psychology being one of these.


Thus this book expands the realms of modern psychology, which has never before included the elves and otherkin population as being real. If one says that they are an elf, most psychologists today will still hold you in suspect of having a delusionary disorder and try to evaluate you further. We explain in Elven Psychology why from a standard psychological point of view that believing you are an elf does not in itself constitute a disorder even in traditional psychology, and then we go much further and explore the disorders and psychological struggles that we observe in our modern society in both normal folk and elves/otherkin, along with the spiritual purposes of disorders and new perspectives for healing.

Both authors, Zardoa and Silver Flame (The Silver Elves), have advanced graduate degrees in Depth Psychology and Art Therapy. We have used our academic and clinical backgrounds as well as life experiences living and sharing the Elven Way for over 40 years to identify a new way of perceiving the struggles of elves and otherkin living in the stressful modern world that sometimes results in psychological discomforts, as well as identifying the disorders of normal folk that have yet to be written about in modern psychology. Since both of us had a number of graduate classes in the study of the The Diagnostic and Statistical Manual of Mental Disorders (DSM) required for various clinical psychology degrees, we, Zardoa and Silver Flame, have long had many discussions together on how the elven perspective has been left out of clinical psychology. So here in Elven Psychology we share them with you in an often tongue in cheek fashion. If the elves were to write their own DSM, this book would be a good start!


What Sort of Elf, Faerie or Other Are You? Would You Like to Learn More about Your Tribe?

For years various kindred have asked us, the Silver Elves, to help them figure this out. Now we've created a questionnaire to help us do so and to help you learn about your people, your magical tribe. This is our gift to you (free). Simply follow this link and the directions and we will help you with your own personal narrative about your magical tribe.
http://silverelves.angelfire.com/HAelfkin.html 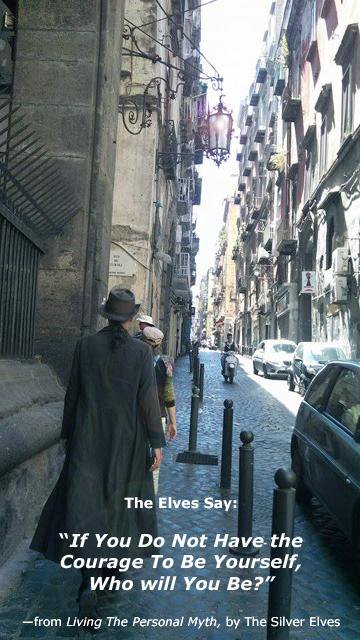 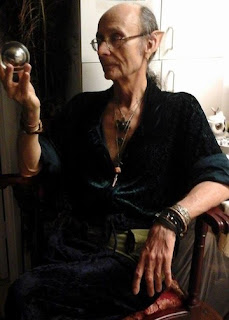 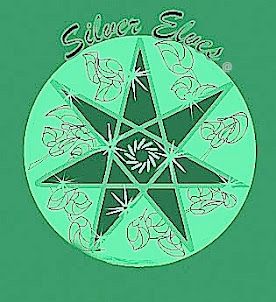