What Oracles Do Elves Use? Part 4: Elven Geomancy 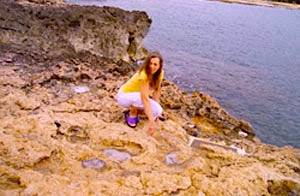 "Geomancy, which comes from the root words geo, meaning Earth,
and -mancy, meaning divination, technically means divination from the Earth..."

One of the things that appeals to us as elves is variety. Thus in our use of oracles, we not only like to use a number of different tarot decks, but also the I Ching, the Elven Runes and Geomancy, in that way, being able to see a question from a number of different perspectives. Geomancy, which comes from the root words geo, meaning Earth, and -mancy, meaning divination, technically means divination from the Earth, which is an idea that in itself appeals to these Elfin. Alas, the old formulation of Geomancy seemed a bit limited to us, so we created our own version (Elven Geomancy: An Ancient Oracle of the Elfin Peoples for Divination and Spell Casting) that gives us a much wider range of possible outcomes. We did the same with our The Book of Elven Runes.
Traditionally, one made a series of lines consisting of dots in the sand (thus the geo part) and counted if they were odd or even. Since we live in an apartment building, we’ve found it easier to use dice or stones or coins to arrive at a result. You could, of course, use a pencil or pen and make a series of dots on a piece of paper. Or even use tarot cards or playing cards to achieve a result. And these are all equally effective means of arriving at a result.
But we confess, we are still intrigued by the idea that one might create the oracle naturally. Say if one scooped a palm full of water and then walked and let it drip from one’s hand and then counted the dots that had been created. But that is still when one is looking for an oracle. Striving to get an answer. As for instance when one consults the tarot with a question in mind.
With Geomancy, however, it is quite possible that one would simply come across an oracle without asking a question. Just getting a message from Nature and the Spirits. For instance, we used to live in a house in northern Kalifornica, before we relocated to the islands in the Uttermost West, and every morning we’d go out and find snail trails crisscrossing the sidewalk. What if we had counted up the dots (or dashes) of the iridescent snail routes and used that in order to receive a geomantic message from the otherworld? That seems to us to be a pretty cool idea.
The same might be done with a number of different things: the number of shells on a particular section of a beach, or the number of holes in a tree from a woodpecker, or various other indicators. This is what really appeals to us about Geomancy. That it is, in its way, so flexible. One just needs to look around one and the signs are everywhere.


"If you ask the elves to look into the future, they will tell you there is no future, there is only nearly infinite possibility."
— From Elf Quotes by The Silver Elves 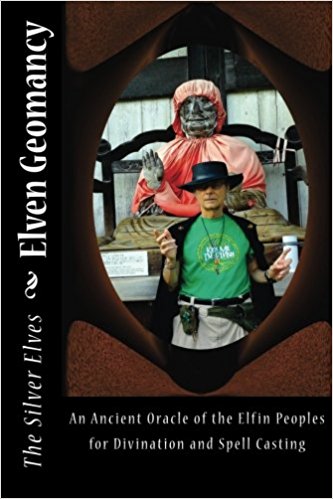 Elven Geomancy: An Ancient Oracle of the Elfin Peoples for Divination and Spell Casting